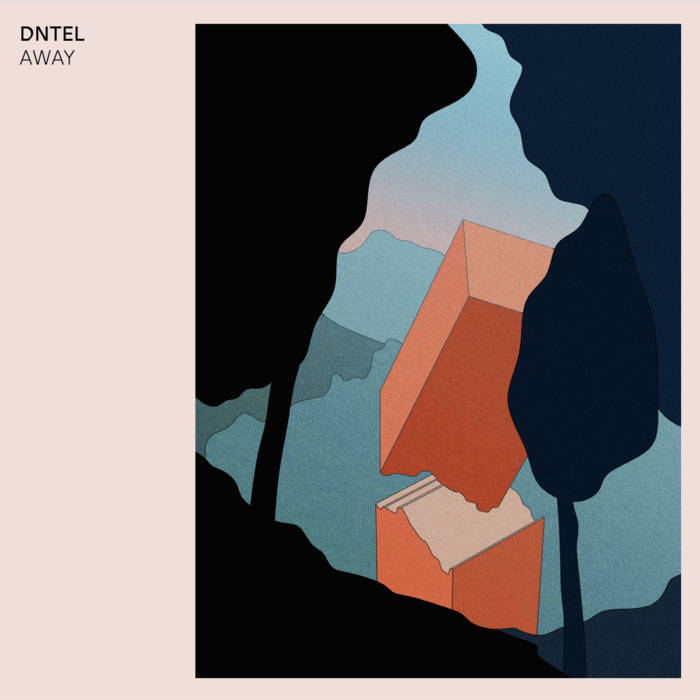 Jimmy Tamborello returns with a collection of 10 pop-infused vocal hymns – simultaneously perfect dance floor fillers and lullabies. "Away" is the second of two Dntel albums to be released in 2021 by Morr Music in collaboration with Les Albums Claus. While "The Seas Trees See" showcased Tamborello's more intricate and quiet side, "Away" embraces his love for pop music. A genre which like no other has been resonating the advancements of technology from the very beginning. Songwriting was sequenced and computerized on such a large scale that it would change the sonic aesthetics of the charts forever.

Dntel is a musician who changed pop music forever – and still works in this never-ending labour of love, both effortless and highly focused, constantly tweaking the universe of our musical perception. Whether beatless or uncompromisingly embracing the limelight of collective ecstasy with one of his most remembered tunes "(This Is) The Dream Of Evan And Chan", his almost forgotten anthem "Don’t Get Your Hopes Up" or his work as James Figurine. "Away" features 10 of these extravaganzas – uniting his audience once more in hope and future-bound optimism.

"I grew up with 80s techno-pop – these influences always come through in my music", Jimmy writes from Los Angeles. For this album, though, "I was thinking more of 80s indie pop or labels like 4AD. It is a mix of those influences along with trying to figure out what elements of my own discography I still connect with. I wanted it to reflect old Dntel records as well as the techno-pop band Figurine I used to be in. I have always considered my music basically being techno-pop, but not referring to pop as popular music – I just like pretty melodies. But with the Dntel moniker, I never had the ambition to produce music for a really big audience.”

It is exactly that looseness in approaching music which makes Tamborello’s style of composing so unique. On "Away" he combines a healthy dose of distortion with the most-sticking melodies, vocals and bitter-sweet lyrics he ever came up with – performing all vocals himself, with the help of technology. "My voice has a limited range. When I applied this vocal processing it seemed to bring out the emotions more. I don’t see it as the same as the more artificial, autotuned style of modern pop music. I think it still sounds like it could be a real person singing, just not me."

Using this technique, Dntel disembodies himself from his own art, welcoming all kinds of interpretations re. his current state as an artist. "Somehow this processed voice feels closer to how I see myself than my normal voice, for better or worse…", he writes. Pop music is a fragile entity, making its kingpins vulnerable. Many emotions reveal a lot of the originator’s personality –this is something one has to be prepared for. On "Away", Jimmy Tamborello finds the perfect way of marrying his unique musical personality with both the demands and possibilities of pop music. Just listen to "Connect" and you’ll know what we’re talking about. A perfect, yet timeless album for less than perfect times.