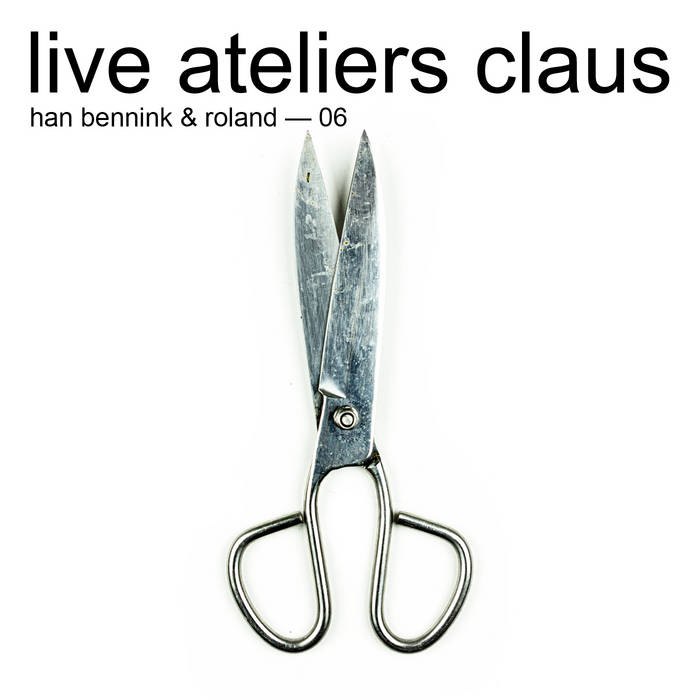 End January 2018 we hosted the legendary drummer, artists, musician, person: Han Bennink. Together with him we planned 3 varied evenings. For the first evening his central guest was the notorious and also legendary guitarist Roland Van Campenhout.

Roland Van Campenhout or in short Roland (Boom, 1945) is a Belgian blues musician.Roland grew up in the Rupel area. His father, a jazzmusician, drowned when he was 5. Roland left home at the age of 14. He did not get involved with music until the age of 20. He played in the skifflegroup, the William & Roland Skiffle Group, and the folk duo Miek en Roel. In 1969 he changed to another genre: blues, while also still experimenting with other styles during his career such as country, worldmusic, folk and rock. Roland discovered this genre when he saw John Lee Hooker perform in café De Muze in Antwerpen. He broke through during Jazz Bilzen, where he established his reputation as a live artist.

Han Bennink (born 17 April 1942) is a Dutch jazz drummer and percussionist. On occasion his recordings have featured him playing clarinet, violin, banjo and piano.
Though perhaps best known as one of the pivotal figures in early European free jazz and free improvisation, Bennink has worked in essentially every school of jazz, and is described by critic Chris Kelsey as "one of the unfortunately rare musicians whose abilities and interests span jazz's entire spectrum." Known for often injecting slapstick and absurdist humor into his performances, Bennink has had especially fruitful long-term partnerships with pianist Misha Mengelberg and saxophonist Peter Brötzmann. Han is a brother of saxophonist Peter Bennink.

Through the 1960s he drummed with a number of American musicians visiting the Netherlands, including Dexter Gordon, Wes Montgomery, Sonny Rollins and Eric Dolphy (he can be heard on Dolphy's recording, Last Date (1964)).
He subsequently became a central figure in the emerging European free improvisation scene. In 1963 he formed a quartet with pianist Misha Mengelberg and saxophonist Piet Noordijk which had a number of different bassists and which played at the 1966 Newport Jazz Festival, and in 1967 he was a co-founder of the Instant Composers Pool with Mengelberg and Willem Breuker, which sponsored Dutch avant garde performances. From the late 1960s he played in a trio with saxophonist Peter Brötzmann and Belgian pianist Fred Van Hove, which became a duo after Van Hove's departure in 1976. Through much of the 1990s he played in Clusone 3 (also known as the Clusone Trio), a trio with saxophonist/clarinetist Michael Moore and cellist Ernst Reijseger. He has often played duos with Mengelberg and collaborated with him alongside other musicians.
From the late 1980s through the early 2000s, Bennik collaborated closely with Dutch post-punk band The Ex, appearing on their 1995 album Instant and travelling and playing with them on their first tour to Ethiopia.
As well as playing with these long-standing groups, Bennink has performed and recorded solo (Tempo Comodo (1982) being among his solo recordings) and played with many free improvisation and free jazz luminaries including Derek Bailey, Conny Bauer, Don Cherry and Alexander von Schlippenbach, as well as more conventional jazz musicians like Lee Konitz. In 1983 he collaborated with boogie-woogie pianist and vocalist Little Willie Littlefield for his album I'm in the Mood.
Bennink's style is wide-ranging, running from conventional jazz drumming to highly unconventional free improvisation, for which he often uses whatever found objects happen to be onstage (chairs, music stands, instrument cases), his own body (a favourite device involves putting a drumstick in his mouth and striking it with the other stick), and the entire performance space—the floor, doors, and walls. He makes frequent use of birdcalls and whatever else strikes his fancy (one particularly madcap performance in Toronto in the 1990s involved a deafening fire alarm bell placed on the floor).